It’s real easy these days to let your eyes roam down a timeline filled with hate and rage and overwhelm.

You stumble upon someone you knew from high school with an “I voted!” sticker and assume you know what choice they made.

You drive past a house with a sign out front and instantly feel disgust.

The person in line behind you at the market has on a hat or a shirt that makes you cringe.

It’s easier to fill with annoyance, to mount your high horse, to make a snide comment, than to remember that we are all people.

We as Christians, especially, have a duty to love and respect our neighbor. Can we disagree with them? Yup. Can we talk openly with them about how we feel God is leading us to vote? Yup. Can we humbly ask for open-mindedness, and vow to do the same when they speak? YUP.

We don’t have to burn bridges or end relationships or call out someone’s character based on their political views.

Because they go home and binge the same Netflix shows as you. They eat at the same restaurants. They shop the same grocery stores. They sit in the same pews. They cheer for the same football team. They wear the same brand of underwear. They, too, know that pineapple doesn’t belong on pizza. They live in the same community. The same country.

So when you take away the power, the money, the aggression, the immaturity, the apathy, the arrogance, the fear mongering, the MEDIA FOR GOODNESS SAKE, I can tell you one thing…

We have more in common than they want us to believe.

So take a few steps this week.

Talk to your people.

Ignore the signs and the shirts and the hats.

And start a conversation. About football. Or brownies. Or the weather. I don’t care.

We’re in this together. Don’t let the media end civility. 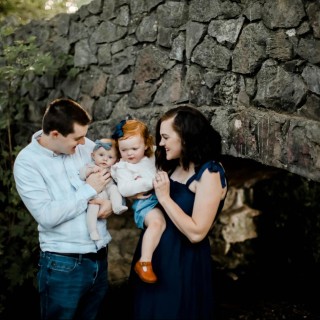 Nestled With the Nelsons

Hi there, I'm Megan. Wife to a handsome man named Alex, and mama to sweet Hazel Ruth. We live in the foothills of the Great Smoky Mountains in a little yellow house we're making into a home. Thanks for stopping by!